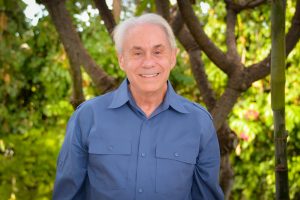 When I was about eleven or so my mother and I began playing word jumbles together in the evening, and though she was only schooled through sixth grade, she almost always won.  Since I can remember I have been enchanted by the sounds of words and people’s voices. Most of all, I like to catch the sound of the voice at moments when the words are spoken by whim or chance, at random, spoken in moments of want, protest or surprise.  I think this is where authenticity can be found.

These were the sounds of my boyhood home.  I was born into a lower middle class family in Kansas City, Missouri in 1944.  I left home at seventeen to escape my father who was diagnosed later in life as manic-depressive.  At the time, I thought he was just mean and crazy.  I have since become convinced that mental illness is primarily biological in nature.  I think my father did the best he could with what he was given.

I made it through college by hook and crook with the help of a half-time scholarship, 50 hours a week working nights as a copy boy and sometimes junior reporter at The Kansas City Star, and a work-study job at school. Then, as I began graduate school, a huge hand reached out of the sky and I awoke one morning against my will at a fire base in South Vietnam. When I returned from the war, my academic career was gone, no longer in reach.

The war was followed by a family tragedy; I became a single father and was forced to scrape for The Coin.  I spent eleven miserable years trapped in a job with a very conservative reinsurance company, earning peanuts and living month to month on the edge of bankruptcy.  Not long after my divorce was final, I got a call from out of nowhere from the risk manager of a large media company who said, “I like you but I don’t like your company.  If you go out on your own, we’ll be your first client.”  And they were, and others soon followed.

The rest is a long story as most life stories are.  My business partner, Larry Worrall, the libel defense claim attorney, and I created Media/Professional Insurance, Inc., an international underwriting management firm that specialized in defending the First Amendment rights of the media and insuring  errors and omissions claims made against unique types of businesses.  We became the largest insurer of media companies in the world against lawsuits for defamation, invasion of privacy, defective advice and infringement of intellectual property rights. We were privileged to participate from behind the scenes in the successful defense of many of the key libel suits brought by public officials and public figures in the 1980’s, a turning point in libel litigation.  Our company allowed me to pay my bills and help to preserve America’s greatest resource — the right of free speech.

Despite the business success of the firm, perhaps our most solid accomplishment was to create affordable libel insurance programs for thousands of small town newspapers, radio and television stations, magazines and professional journals, non-profit publishers and broadcasters and radio and television producers who previously had been limited in their ability to produce hard hitting reportage.  The coverage allowed them to defend against what is known in First Amendment law as the “chilling effect,” caused by lawsuits filed by the rich and powerful to stifle their right to freely report and investigate newsworthy events and express ideas and opinions.

In the mid-1980’s I noticed that the bean counters began taking over the news world and shifted it towards entertainment.  Perhaps the shift was inevitable in that I also noticed that readers and the viewing/listening public seemed to have lost interest in hard news, social justice, active citizenship, literature and the arts, the importance of history and history in the making.

That was one of the reasons I pushed for sale of the company in 1992.  It continues under another name.

Ironically, my business career permitted me, a closet hippie, to be a fly on the wall in the offices of many Fortune 500 companies and Wall Street enterprises.   A pungent brine for poetry. As far as I am concerned, Media/Professional Insurance played out as a perfect hippie dream.  It helped to right an ineffective, incompetent business system and advance the cause of free speech by providing the needed funding for media companies, small and large, to defend themselves against unwarranted attacks by unscrupulous and misguided individuals, public officials and would-be politicians.

I oppose Socialism as classically defined because in my experience socialist systems are contrary to the realities of human nature.  Social programs, on the other hand, when well conceived and administered, are the true business of government.  Therefore, I advocate a benevolent form of intelligently regulated capitalism that provides for all the citizens of a democracy.  Either everybody counts or nobody counts. 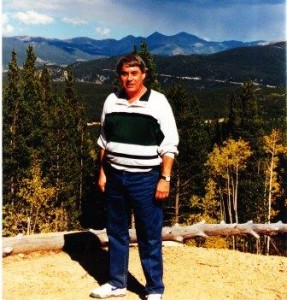 There is no such thing as a self-made man.  If so, in the conventional sense, I would be one.  But we are creatures of genetics, environment, haphazard events, a lot of good and bad luck.  I have had both and none at all.  I now live on the island of Maui with my wife, Kathy, an Episcopal priest and a licensed counselor.  I have no religious affiliation but we enjoy being incompatible.  We prefer to roll our own.

I am the father of a brilliant, lovable son — why wouldn’t he be? (ha!ha!) — who lives in Germany, and a very funny daughter who unexpectedly slid out of this life at the age of 34 by means of a massive seizure.  She left a huge hole in my life and I miss her terribly.

Some old business friends are prone to ask, “Why waste your time writing poetry?  No bestsellers there.”  I have no rational explanation other than that’s what I do and have always done.  As a boy, I also enjoyed sewing together pages cut from paper sacks and making books.  One of my old high school friends asked another, “Doesn’t Bill know those stupid things are supposed to rhyme?”  I have no answer for that.  Some critics complain my poems read too much like prose.  Others have called them vingnettes or very short stories.  It makes little difference to me what they are called.  My take on poems and other forms of fiction is that I remain open to accepting them in the form they are offered to me.

Poetry does not really need definition.  It’s neither “Life distilled,” (Gwendolyn Brooks) nor “… the spontaneous overflow of powerful feelings,” that takes “its origins from emotion recollected in tranquility.” (Wordsworth).  Like its strange, not so reclusive neighbor, so-called “pornography,” we know a poem when we hear or see it.  It defies definition and that’s what makes it attractive to me.

The cliche, “Less is more,” like all cliches, has some basis in experience, but often, “More is better.” Poetry is not shorthand for anything.  The other popular cliche,”Show, don’t tell,” generally applies, but as Mark Twain wrote, “All generalities are false, including this one.”  Telling does not always insult the intelligence of the reader.  Sometimes we need to throw the reader a bone.  In poetry, as in life, one size does not fit all.

I appreciate the need to writie poetry as another form of subversive activity. Jabbing the conventional ribcage. Popping bubbles of grandiosity and self-importance.  Why?  A belief that conventional wisdom if left unchallenged can do harm and often kills people.  A poem probably won’t change that but it’s important to think that it can. 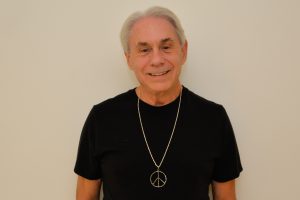 Word play is fine too but poems are not word games.  When I encounter poems on the street, in oceans, forests, skies, dreams or speeches given to myself, I try to snatch them as I would a firefly, then  let them go. Where they fly off to is their business.  I think of poetry as a sharing of one off moments that cannot be described otherwise, a “For example.”  It is my belief that poetry has its origins in the singsong storytelling of the cave people as they passed along family mythologies, and is meant to be read aloud.  How a poem sits on a page is probably of some importance, but not much. I guess it makes it easy on the eyes to have a special look and the line breaks do serve as cues for natural breathing pauses, but if I want to draw a picture on a page, I will draw a picture.  I do not strive, perhaps to my detriment as someone who hopes to be read and heard, to write memorable lines.  I aim to capture a real world experience and pass it along.

There is no such thing in my mind as a good poem or a bad poem, only successful and unsuccessful poems.  I am particularly fond of one shot poets.

They have real jobs.  I find their poems to be  much more meaningful than the “So what?” poems  often found in literary journals.  My favorite poem is the one I am reading at the moment.  I do hold an unfair bias against poems with literary or artistic allusions or references to writing, erudition, other poets or one’s own precious moments.  I eschew (what a fancy word!) “little rat shit poems” (per Philip Levine), especially clever bon mots masquerading as poetry.  I find myself going back several times a year to read Shelley’s “Ozymandias,” as an example of a fine poem and as a touchstone for humility.

Until recently, I have always had to write my poems on the fly.  Maybe that’s a good thing.  I wouldn’t mind a little more time, though, to write and edit them before I cash out.  Regardless, it’s the poem on the platter that counts, not the turkey on the spit.

I observe that all of us swim in an ocean of poetry.  I savor bobbing up and down in it. 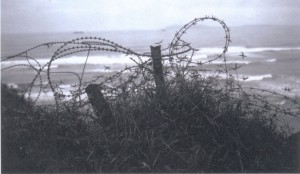